A new site was purchased at Woodlands near Verwood in Dorset in 1989 and this nursery has now grown into a specialist commercial unit supplying heathers to many of the well-known garden centres and nurseries.

My interest in heathers has led to the release of several new in house cultivars, extending the range of colour and habit. In addition my travels across Europe, America and Canada have resulted in new cultivars sourced from specialist growers to extend and enhance our own heather range, making it one of the most innovative and extensive in the country.

New and novel concepts with the use of heathers are brought to the market to enhance the appeal and sales of the plant.

Commercial production continues apace on the nursery to produce the best range and quality of plants to enhance all aspects of gardens in the 21st century. 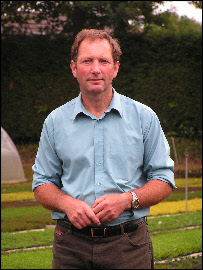